“Forgive Us Our Debts: Recognize When You Are Wrong”

"Some of us may sin more often than others, but we all sin. Even though we may have been truly converted, we struggle daily with internal and external forces that are determined to move us away from the will of God." by Captain Alan J. Gonzalez
Share
PRINT

I was 11 years old when the science fiction movie Planet of the Apes was first released in theaters. The movie had a terrific impact and spawned several sequels as well as a very successful TV series. A slogan used to promote the film was, “Somewhere in the universe there must be something better than man.”

That sounds rather insulting. We like to think we are pretty good—or at least not too bad. The philosophers of the 18th–century Enlightenment proclaimed that human beings were supreme in the universe and good by nature. Going through life thinking otherwise is uncomfortable, like having a pebble in your shoe.

But, laying history aside, think about the common atrocities of our own time: abuse and exploitation of women and children; drug dealing; abortion; mass shootings; murder within families; violation of human rights in its various manifestations—racism, sexism, terrorism in the name of religion, human and organ trafficking, genocide and slavery in countries around the globe. Taking all that into consideration … are we good by nature?

We can rationalize and argue that circumstances cause us to do things we shouldn’t do. “I had to lie to avoid getting fired from my job”; “I stole because I had nothing to eat”; “I’m in prostitution to pay my college tuition.” But we know better. The human conscience is an ever–present reminder of our moral responsibility.

“The Lord looks down from heaven at the human race, to see if there is anyone who is wise and seeks God. Everyone rejects God; they are all morally corrupt. None of them does what is right, not even one!”

A believer might well respond to this judgment and say, “Well, I’m not quite that bad! It’s not like I never do anything right.” But that’s not the point. The response from Scripture: “There is not one truly righteous person on the earth who continually does good and never sins.” (Ecclesiastes 7:20 NET) We must never make the mistake of thinking we are blameless. “If we claim to be without sin, we deceive ourselves and the truth is not in us.” (1 John 1:8) Or, as the Apostle Paul put it, “All have sinned and fall short of the glory of God.” (Romans 3:23) If we think of sinning as falling short of God’s glory, the matter begins to come clear.

Some of us may sin more often than others, but we all sin. Even though we may have been truly converted, we struggle daily with internal and external forces that are determined to move us away from the will of God. The Apostle Paul wrote about this struggle in very personal terms in Romans 7. He advised: “If you think you are standing firm, be careful that you don’t fall!” (1 Corinthians 10:12) No one is exempt from moments of weakness. Jesus said, “Watch and pray so that you will not fall into temptation. The spirit is willing, but the flesh is weak.” (Matthew 26:41)

Even the most dedicated and holy Christians, at some point in their lives, give in to their weaknesses. It’s actually a relief to recognize that this was true of our Bible heroes as well. Charles Swindoll says, “All the men and women of Scripture have feet of clay, and when the Holy Spirit paints a portrait of their lives, He’s a very realistic artist. He doesn’t ignore, deny, or overlook the dark side.”[1] Thus, don’t delay when you are wrong. 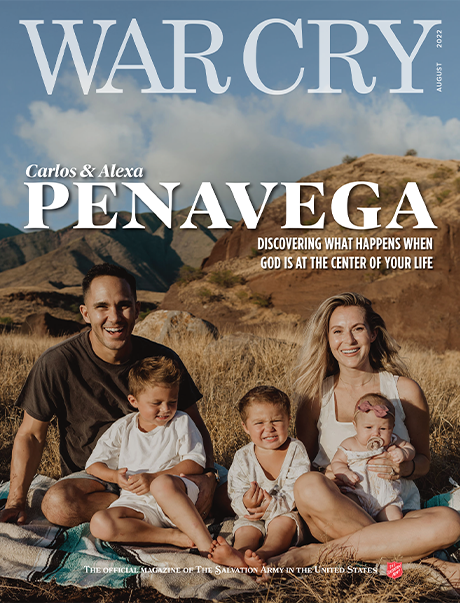